The Fan Page For On Ithenfal’s Wing 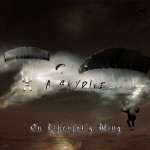 The single A skydive

On Ithenfal’s Wing is comprised of a songwriter / musician from South Florida who has merged progressive, hard rock, metal, doom, goth and acoustic folk styles throughout its songs. Debut and semi-concept album, Key to Then as well as follow-up concept album, A Fine Light Snow, have been released independently and are now available for download / streaming. Key to Then presents listeners with a vast array of ideas, stories, melodies and emotions. The artist’s unique style is recognizable from the haunting ambiance of Once Beneath a Peaceful Moon, right through to the finishing moments. Key to Then takes you through a journey of time.

The Album A Fine Light Snow 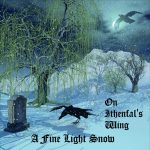 The title track is a 7-minute song courtesy of an artist who is influenced by bands such as Pink Floyd, The Cure, Iron Maiden, Radiohead, Amon Amarth, Metallica, Opeth, among other greats. On Ithenfal’s Wing follow on from its album Key to Then with an astonishingly original, emotional new album — A Fine Light Snow, the second one in a trilogy. It follows the state of mind of mystical being, Ithenfal, just days before death from terminal illness / uncompromising causes. This new collection of songs make for a thoughtful and provocative new journey. Travel back in time and experience another world with Key to Then and A Fine Light Snow.

Music By On Ithenfal’s Wing

The Album key To Then 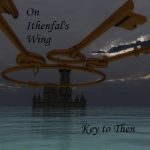 Key To Then is a complex and mighty album that presents listeners with a vast array of ideas and stories and melodies and emotions. The band’s sound is unique to their own artistry, and this is consistently true – from the haunting ambiance of Once Beneath a Peaceful Moon, right through to the finishing moments – they have their approach to creativity, and you quickly begin to recognise it.

Awakened is an early highlight, laying out the band’s sound in a more clearly accessible and crisp way. The vocals appear brighter here, so the intricacies of that leading voice stand a little taller, and it’s a really unique sounding voice. The performance too, it brings about a certain theatrical aura that was once known for making waves for some well-known progressive rock ensembles. The structure plays a big part in making the song so striking, as do the lyrics – from here on in both of these elements prove to be essential cogs in how the music evolves.

As the album moves along, Between the Shore and Fog is another moment that demands your attention. Structure again is crucial, as is the inherent passion the band express as they deliver the song. The pace of the music varies throughout, reflecting the changing energy and tension points within the song as it develops. The language works in unison with everything that seeks to make certain you’re paying attention here. Through the Black Thorn of Brethil follows and is instrumentally wonderful. The somewhat muggy recording style makes it feel authentically vintage, reiterating that central idea of this collection or something relative to it being the key to then or to a simpler time.

Elsewhere on the project, expect an outpouring of poetic reflections and ideas, more than a few hints of the medieval, and an endless gathering of riffs and emotionally expressive musicianship. The Last of the Istari offers all of this at once, driven by a marching style beat and offering up its tale in a slightly haunting but chant like, commanding manner. Bugbear brings back those cascading electric guitar parts and contrasts it powerfully with a smooth and almost whispered melody-line. The use of space here works really well – the band don’t simply write their songs, they craft them artistically and thoughtfully, building them up from the quiet to the immense and eventful with careful consideration at every step.

As you approach the final moments, A Haunting Farewell bursts onto the scene with an epic drum-line and a genuine feeling of the end being nearby. There’s a touch of warmth to the melody here, the melancholic aura feels emotional and personal, the changing vocal tones add to this, and the whole thing really becomes a moment of connection to everything that has come to be on this project. After this, there’s only the title track remaining, and it’s such a delicate and beautiful one that you can’t help but go back and re-listen to the entire collection. There’s something about these softer, more acoustic and gentle moments that really create a striking contrast with the heaviness elsewhere. Contrast is powerful, it’s everything in some respects, and to finish off this album in the way the band have done is to make certain you remember the experience.

Key To Then is a totally unique project that has clearly had an incredible amount of energy and effort and consideration put into it. Some of the songs are well over five minutes long, this last offering in particular stands at over seven minutes – a seven minute journey through the creative ups and downs of the story-line and the central emotions that are undeniably linked to it. On Ithenfal’s Wing have their sound and have no issues owning it entirely. Fans of progressive rock and rock with a genuine performance aspect will likely find themselves hypnotised by these songs.