“Put On Your Sunday Clothes,”

Marii Val is set to release her first full-length jazz album in early 2022, and “Put On Your Sunday Clothes” gives listeners a taste of what’s to come.

“I derive inspiration from friendships and encounters – brief, unending, meaningful, haunting, or all of the above,” Marii Val, said. “My inspiration also comes from cozy, reflective Nordic winters, lush Southern joie de vivre, and the never-ending journey to find a place for myself somewhere between those two worlds.”

“Put On Your Sunday Clothes” is a cheerful, jazzy rendition from the hit musical, “Hello Dolly.” Marii Val’s rich voice gives the piece a naturally easy-to-listen-to sound that jazz fans are sure to appreciate.

Marii’s love for “Hello Dolly” goes back to when she was 10 years old, and became one of the tap dancing kids in the Estonian National Opera’s production of the musical.

“I was among the tallest in the group and, as such, was given the role of a sailor boy. Instead of braids and floaty white dresses with ribbons, in the full gorgeousness of mock late 19th century New York, I was dancing in a navy pants suit, wearing a distinctly itchy hat to hide my hair,” Marii recalls, laughing. “I adored the music of Hello Dolly already then – it has remained with me and accompanied innumerable feel-good moments later in life. And now it has resurfaced as the main inspiration for my new jazz album.” 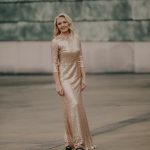 Marii Val’s complete studio album, “Musical Meets Jazz,” will be released in early 2022. The artist is set to continue pushing her musical boundaries, with plans to release another project that joins the styles of jazz and opera. She is also experimenting with the French horn these days and hopes to be able to take a jazz solo on the instrument soon.

“Put On Your Sunday Clothes” is available for streaming on Spotify, YouTube and Apple Music. 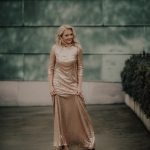 Marii Val is a singer-songwriter and jazz vocalist. She spends her time in Italy and Estonia.

During her career, Marii Val has performed with big bands, jazz groups and vocal ensembles. She was the lead singer of a retro rock cover band “Marii & the Machine Heads” in Italy. She has also performed in various musicals including “West Side Story,” “Hello Dolly,” and “The Sorcerer.” She began her artistic career at a young age, and is an experienced dancer and entertainer.

“I have always lived and breathed music, and felt deep respect and affection for the stage,” Marii Val said. “My first performance was at a Finnish-Estonian children’s charity concert for an audience of 4,000 when I was 4 and a half years old.”

“Musical Meets Jazz” is Marii Val’s first full-length jazz album, which will include the single, “Put On Your Sunday Clothes.” She is excited to continue experimenting with the jazz genre in the future.

The Hold Up By Mase Sam Jackson