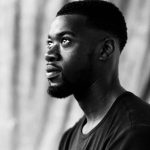 At UK Talk & Music Radio we asked Sal Jobe , what is the first song that had an impact on you?

“The first song I remember buying was nsync bye bye bye, it was so catchy and stayed in my head the whole day, I only had to hear it once. lol”

Who are you into at the moment?

“There’s so many amazing bands and artist’s, for me right now, khalid, drake and and a french artist called tayc are favourites as individuals, as bands, Coldplay!”

Tell our listeners about your new single Denda 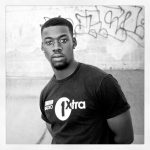 “Denda was originally created for a viral dance challenge which many of you will see Over the next few weeks on tiktok and Instagram it’s purpose is to uplift and engage many demographics into the challenge, the challenge is just about expressing yourself by dancing any type of dance to the song.”

At age of 15, Jobe became Walthamstow Forest borough champion and has set the fastest time and record for 200m of 21.40 seconds. He has also worked in Katy B’s music video with Olympic boxing champion Nicola Adams, called Mosca and Kodaline’s All My Friends music video.

Jobe has founded Next Level Consultants, an agency that offers full service management and advisory services to professional athletes. He is considered responsible for bringing Jarrell big baby Miller to the UK to be managed by Wasserman Media Group in 2018. In 2021, Jobe released his first single, Denda.

The Fan Page For Mase SamJackson