The Hold Up By Mase Sam Jackson 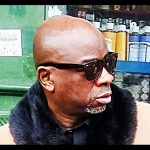 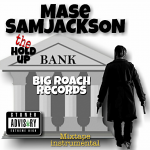 The popular New York-based music producer is pleased to announce the release of his three latest albums. Titled “The Blackseed”, “The Hold Up”, and “Blozzay-Blozzay”, the all three albums stand out with Jackson’s unique drum beats and melodic motifs. The three albums are currently available in all online music streaming platforms. The first album, “The Blackseed”, features 12 tracks. Interestingly, the album has been named after the artist’s brother as he was the one who advised Jackson to proceed with making music. Like Mase Sam, his brother too wanted to be a musician but could not pursue professionally. “The Blackseed is one of my most special albums as it is named after my dear brother. He has been one of my main inspirations behind my long journey with music and he was the first one to nudge me to proceed with making my music. The album is an ode to my dear brother”, stated Mase Sam Jackson. “The Hold Up” features 8 tracks while “Blozzay-Blozzay” comes alive with 12 tracks. Mase Sam Jasckson initially started his career in music with Zakia Records. His unique music composition soon brought him fame, earning him the nick-name of superstar A-Mar.

Start Of His Own Record Label 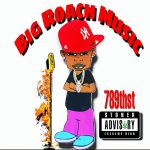 However, soon after, Mase felt his compositions were being unnecessarily edited out at Zakia and that led him to launch his own record label in 1990, Big Roach Records. “I always knew that I have sound producing skills. After the not-so-happy experience with Zakia, I decided that that no one will ever do my music again and that it’s about time I must start something of my own. Such ethos led to the launch of Big Roach Records. My music is very different from what you find in the regular scene; my drum patterns are completely unique and I need an autonomous platform where I will have the complete liberty to make and present my exotic music in whichever way I wish to.” “All my three latest albums stand out with their innovative signature drum beats that you won’t find anywhere else. Among the three, ‘The Hold Up’ and ‘Blozzay-Blozzay’ have the craziest drum sounds that can bring you to the dance floor right from the start. ‘The Blackseed’, however, comes with a different kind of drum patterns than these two but I am positive the fans will love that too as well.” As of now, the artist is involved in an innovative project where he is experimenting with all music mixtape instrumentals, smooth jazz, and hip hop. Speaking on future plans, Mase Sam said he is looking forward to making 15 albums in the coming months. He would also love to work with different artists in his upcoming projects and make beats for music artists.

The Fan Page For Ian Dencker