The Fan Page For Arrington

The Fan Page For Arrington 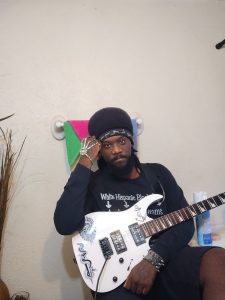 (Lyrics)
“No matter what you go through, I promise there will always be people who care, just like father and mother. I’ll honor you both all the days of my life. Mother I’ve watched you exhausted so I could live a life of comfort, taking care of me when I couldn’t take care of myself. You can rest now, cause it’s time for me to return the favor. And father believe me, I know that all women aren’t going to be this foolish. To keep going after men who aren’t even treating them right, and will reject the one who will cause he isn’t what they expect. Not all of them will stay acting that way, some will finally give in eventually. I know too much, that’s why it’s no point in me arguing with people cause so many things will go through my mind. I could talk myself out of any situation that people try to put me in. I remember when you once told me that you always had the feeling that one of your sons will be devout. It all comes down to where our interest lie. That’s going to determine what path we’ll take. I’ve already finished the origins, and I’ve already finished the sequel, this is the final destination. No more talk of sadness and no more talk of pain. I know this world better than my enemies, so there’s no reason for me to fail. I won’t put a gun to my head over immature people who don’t want to see me succeed or get what I want. It’s been a pleasure knowing you and I love you both. I hope to see you both on the other side, cause this is our last goodbye.
Vocals: Arrington Williams
Lead Guitars 1 and 2: Arrington Williams
Rhythm Guitar: Arrington Williams
Bass Guitar: Arrington Williams
Drums: Pre-recorded drum sounds (Singerland Vintage Drumset)
Arrington’s Youtube Channel: Ghostkid1997
Buy Arrington merchandise at Shop and get Arrington merchandise at Purchase Here

(Lyrics)
“You’re still a youth with a lot to learn. Don’t you know that its a sin to care too much about what other people think? And what others might try to do to you because you stood for whats right? The fearful are the first ones who are written down to be thrown into the lake of fire. Stay by yourself if you want the comfort of solitude, but if you desire something more, then don’t let it cause you to take what belongs to another man. Respect him enough to want him to have the same happiness you want, so get a woman of your own. The way of man is not in himself, its not in man to direct his own steps. There is a way that seems right unto a man, but the end thereof is death. This world is in chaos cause they don’t care about each other. But don’t follow along in their childish games and start unnecessary conflict. Listen to what I say, cause only fools will despise wisdom. When they don’t want you to leave, its not because they care about you, its because they cant stop acting the way they act, so they need other people to be like that with them so they can feel better, cause they didn’t like being told that what they’re doing is wrong. That’s why Eve did what she did. If she really cared about her husband, she would have left him out of it. But she didn’t feel good, cause she did something she knew she wasn’t suppose to do. That’s why she went to him. You’ll drag other people down with you when you know you’ve messed up. That’s why Satan is like the way he is. Sin will cause to only care about yourself and how you feel, even if its just for a moment. Nothing has changed. Life still works the same way now as it did from the very beginning of time. Neither God nor the devil will give you something that you don’t want. Cause it wont be a gift, and it wont be a temptation to sin either when they both know what you really like. The humans are the only ones here who will try to get you to like what they like.”
Vocals: Arrington Williams
Lead guitars 1 and 2: Arrington Williams
Rhythm Guitar: Arrington Williams
Bass Guitar: Arrington Williams
Drums: (Pre-recorded Drums-Singerland Vintage Drum Set)
Buy Arrington merchandise at Shop and get Arrington merchandise at Here

Melding and marrying hip and stunning Hard Rock music and Metal tunes with strong messages and vital lessons, Arrington promises to bring the retro back to the top as he produces music that is the best of both the genres

Dallas, TX – January 17th, 2021- Rising to the top of the charts and becoming a new force to be reckoned with in Hard Rock and Metal music, Arrington creates and produces music that is both motivational and inspiration and rings strong messages. Growing up on classic hard rock and metal, Arrington’s music pays homage to his legends and builds on the genre and style of music. His current main goal is growing his youtube channel “Ghostkid1997” by getting more subscribers.

Arrington’s first album is about his life and its lessons. To wade through life and its many diverse and confusing challenges is not an easy task, and Arrington produces music that is a much-relatable, burning and authentic message for the audiences. This message is evident on his fresh upcoming album titled “The Underdog”, a sequel to his last album titled “A Deal with God”.

A stunning powerhouse of talent and musical prowess, Arrington produces his music himself and writes and makes his tunes himself. However, he still prefers to not be a solo musician as he seamlessly plays the guitars and bass on his musical compositions.

Headlining with the titular name “Arrington” which is also the lead singer’s name, the band is set to soar and reach new heights in this genre. Named after Arrington, because all of the messages and song-writing work comes from him, the band is a stunning sensation which is rooted in the richness of the genre of Metal music, but also provides a blazing and booming sound to encapsulate the genre’s fast-paced sensational vibe. The band consists of 2 lead guitarists, 1 bass guitar, 1 rhythm guitar, and 1 drummer. Inspired by the likes of legendary musical composers and musicians such as Led Zeppelin, Metallica and others, Arrington is a powerhouse of Hard Rock and Metal music and a true force to be reckoned with.

The Fan Page From Phill C

The Fan Page For Ostarè