The Followers Page For Cantek Batur 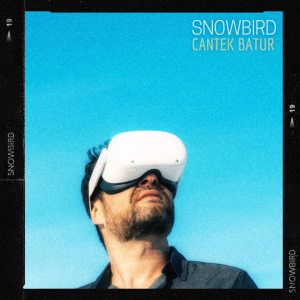 The Fan Page For Cantek Batur

Cantek Batur – Biography Toronto-based singer, songwriter and producer Cantek Batur is redefining his sound and vision in his freshly launched self-titled solo project, as he explores the sounds that inspire him. As the previous lead singer of Turkish rock band ‘Zift’, his new solo venture sees him further explore his own individual musical identity, whilst now releasing to English-speaking audiences. Having been singing since the tender age of 13, his journey has seen him perform in many clubs and events through his university years, and later performing with the ‘Zift, helping him to further craft his musical identity. Influenced by iconic rock bands such as The Beatles, Pink Floyd and Radiohead, his sound is one infused with alternative rock and pop elements, and closely entwined with the world of original poet singers like Patti Smith, Leonard Cohen, Tom Waits and Bob Dylan. Cantek Batur’s solo guitar-driven release ‘Under The Northern Skies’ was released in 2019, to great reception from listeners and press alike, alluding to his upcoming debut album ‘Snowbird’. A true international collaboration, the 7 song album features 25 independent musicians from across 12 different countries, as he aims to connect with and portray his message to listeners globally. Following ‘Snowbird’, he strives to discover, explore and infuse a range of different cultures and influences into his sound moving forward. Contact: batur@batur.ca

cantek Batur’s New Album, “Snowbird” Drops March 1 Collaboration with artists from across the globe results in eclecc, alternave rock vibe Toronto, Ontario (February 24, 2022) – Fans of Toronto arst Cantek Batur have eagerly awaited the singer/ songwriter’s debut solo album and now, “Snowbird” will be available March 1 on iTunes, Apple Music, YouTube, Spofy and all major streaming and listening outlets. Fast-paced, with a combination of both meless rock influences with modern alternate appeal, “Snowbird” features 7 tracks where each song has a story and showcases a range of dynamics, resulting in a distinctive flow. Fans of arsts like The Cat Empire, Travis, Nick Cave, John Mayer, and Ed Sheeran will be drawn to the unique alternave rock energy found on “Snowbird.” “Snowbird” is a compilaon of eclecc collaboraons with arsts from across the world including Canada, USA, United Kingdom, Turkey, Spain, Hungary, Brazil, South Africa, Australia, Peru, Columbia, Nigeria. “I loved experimenng with different styles for this album,” Batur explains. “For example, the lead track, ‘Snowbird,’ is a fun reggaeton song, with a Spanish touch, and ‘Come To Me’ is built on Brazilian/African beats. There are so many incredible sounds and influences to explore. This was really a lot of fun to write and produce.” A number of arsts collaborated on “Snowbird” alongside writer/producer Batur including one of his favorite musicians, guitarist Luis Carlos Maldonado, of Foreigner and formerly of Train, who played on both “Snowbird” and “Come to Me.” “I am so grateful for all of these incredibly talented arsts who I was able to work with on this album,” Batur says. 1Collaborators include: – Drums: Spencer Wynn, Brandon Davis, Sean McMorris, Marcelo Effori – Backing & Lead Vocals: Shaunte Daurice, Sonya L. Tylor, Shelby Olive, Abby Fuller, Phoebe Carter, Julieta Cavalaro, Kathryn Thompson, Gabriela Noriega Adrianzén, Natalie Greener – Electric Bass: Ilker Göçmen, Bruno Migliari – Electric Guitar: Olay Andaç, Luis Carlos Maldonado, Neil Whiord; – Classical and Acousc Guitar: Luis Carlos Maldonado, José Torres Vicente – Piano: Jaconell Mouton, Yavuz Yurtgüder – Hammond Organ: Abel Boquera, Yavuz Yurtgüder – Trumpet: Márton Adámi – Keys, Pads and Orchestraon: Yavuz Yurtgüder Batur previously sang in Turkish rock band Zi, which, in 2010, released a full Turkish album and in 2011, a maxi single. Batur released his first solo single in English, “Under Northern Skies,” in 2019. Despite the eclectic nature of the album, Batur’s core rock influences have a strong presence. “I’m old school. I’m sll under the influence of bands like The Beatles, Pink Floyd and Radiohead,” he explains. “I’ve also always been a fan of poet singers like Pa Smith, Leonard Cohen, Tom Waits, Bob Dylan, so their lyrical influence is prey apparent in the story telling aspect of the songs on this album as well.” One track that has special significance to Batur is “Making Dreams,” a song about love, friendship and companionship. “Making Dreams” was inspired by a Ted Talk by Eddie Jaku, who is a Holocaust survivor. A few lines from his speech were used in the song, so listeners can hear his voice speaking through the lyrics. “This album is about stories and how they connect us as humans,” Batur. “By collaboration with artists from all over the world, it makes those stories truly universal. We’re all one humanity, one world and I want this album to be a reminder of that.” “Snowbird” will be available March 1 on all streaming and download sites. For more information about the album and Cantek Batur visit www.batur.ca. Follow Cantek Batur Instagram: @cantekbatur Twier: @cantekbatur ### 2

The Fan Page For DR. B