Sensational political thriller “A Mirror above the Abyss” 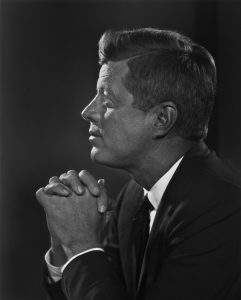 From the Kennedy assassination to 9/11…

The novel “Mirror over the Abyss” is a sensational political thriller based on real and well-known tragic events and refuting the official versions. The intelligent action filled with facts and evidence appears to You.  It proves that global events did not happen at all like it is generally understood.

So, Kennedy wasn’t killed by Oswald, who had been framed in advance, but by a woman – a professional sniper who worked on an unusual order. The man who planned and carried out the September 11 attacks in New York was just one kilometre from crumbling skyscrapers. The assassination attempt on Pope John Paul was being prepared to hide billion bank scams, and the pontiff knew about it. These and other significant events of the last 60 years turn out to be interconnected, leaving the trail to a criminal syndicate … from one person, and from him to the highest establishment and intelligence services of the United States and other countries.

In these times already, the “disappeared” archives belonging to those who died because of paying too much attention to the tragic events of September 11 end up with the American journalist of Russian origin Max Malin. Exciting events and mysterious coincidences, which many choose to forget about forever, lead the hero to dark shadows from the past. As a result of a complex and risky investigation, Malin discovers the perpetrators and mandators in the most remembered political assassination of the 20th century, the September 11 terrorist attack in New York, the assassination attempt on John Paul II, and the murder of a world-known banker. The novel is set in our time, and in parallel, it takes place in the days of the above horrific events – in 1963, 1981, 1999, and 2001. The book’s ending is entirely unpredictable and shocking.

The characters and protagonists of the novel are real and recognizable persons – from great politicians, billionaires, ministers of the Vatican to leaders of national and world crime syndicates. Most are acting under their real names. Of course, there are fantasy characters, but they are the connecting links in the chain of events. Some of the names are encrypted and easy to guess.

The Novel “Mirror over the Abyss”

eg Lurye’s novel “Mirror over the Abyss” is a sensational book that has already become a super-bestseller in Russia and Eastern Europe.

Own Now On Amazon

This Is What Good Reads Says

Oleg Lurye is a famous Israeli and Russian writer, journalist and author of high-profile journalistic investigations dealing with corruption cases and mafia activities in different countries, from Russia to the United States. Oleg Lurye has been repeatedly harassed, both by the secret services of various countries and by international criminal groups, because of his revealing articles and books. Two attempts have been made on his life.
Oleg Lurye took part, over a period of about twenty years, in independent investigations of various major events, such as the 9/11 terrorist attack in New York, the assassination attempt on Pope John Paul II, the assassination of President Kennedy, and the multibillion-dollar theft of international loan to Russia, in the 1990s. The results of these investigations, supplemented by the author’s versions of the development of events, provided the basis of his novel A Mirror Above the Abyss.
As the story unfolds, the author completely debunks well-known official versions of tragic events, referring to surprising facts and unlikely connections. At the same time, A Mirror Above the Abyss is easy to read, like a real criminal thriller.
The action takes place both in our times and, in parallel, in 1963, 1981, 1999, and 2001, when the most infamous crimes of the century happened, be it President Kennedy’s assassination or the 9/11 destruction of WTC skyscrapers. Protagonists of the novel include both fictional characters and real major politicians, bankers, oligarchs, Vatican officials and heads of local and international criminal syndicates (some appear under their real names and others with slightly changed, but easily recognizable names).
A Mirror Above the Abyss is published in English for the first time. In the spring of 2021 its Russian-language edition became a bestseller in Russia and Eastern Europe.
Oleg Lurye currently lives in both Russia and Israel, working on a sequel to A Mirror Above the Abyss.
Reviews
Showing 1 - 2 of 2
Amazing book! Good author! Hot recomend!
0.0
Guest
·
24th May 2021
Very, very good author...
1 vote
Amazing Oleg Lurye
0.0
Guest
·
24th May 2021
Amazing book, hot thriller! I love you, Olg lurye!!!